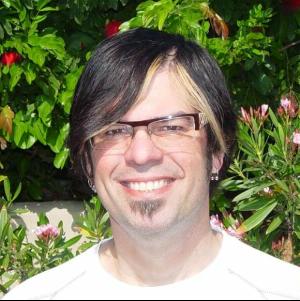 The youth ministry world took a big hit this morning.  A press release from Youth specialties and their parent company Zondervan announced the “release” of YS president Mark Oestreicher.

I haven’t had much time to think about this, and perhaps I should wait a few weeks to reflect…

But nevertheless I feel compelled to write.  But before I get to some personal thoughts, I wanted to share a brief history/overview of how Marko came to be so important to youth workers in the 21st century.

Youth Specialties was founded and developed by men of boldness and courage, who were not afraid to push the limits.  Mike Yaconelli was a modern-day prophet (especially to youth workers).  His books Messy Spirituality, Dangerous Wonder, and the Core Realities of Youth Ministry gave me hope for youth ministry and inspired me to enter the family and stay the course.

Grace was given and received.  Theology and rules questioned (and broken).  There was, for the first time, a true sense of freedom and joy accompanied with youth ministry.  You were given permission to be yourself and be the person God was shaping you to be (not made to feel guilty that you were not conforming to someone else’s image or expectations)

No one really cared about what others thought of you or how many people you might offend.  Authentic faith was demonstrated in the lives of youth workers and then modeled and passed down to generations of students across denominational lines.   I even remember hearing that Yaconelli told the crowd at  one YS convention that if they needed rest for their souls to skip the sessions and workshops and sleep and play.  And…. if their marriages were rocky, to go grab a bottle or two of wine and lock themselves in their hotel room for the weekend!

He understood the plight of youth workers and also knew what real refreshment was like (spiritual, physical, emotional).  And we learned together that sometimes laughter is the best remedy.

The first YS convention I attended occurred one month after Mike’s tragic car accident.  Myself, along with 5,000 other youth workers wondered what would happen.  What would become of YS?

Who would take over (not just the leadership) but the prophetic voice of Yaconelli?

Marko received that calling and answered it well.

Every year since, I have witness Yaconelli’s dreams flourished and expand.

Marko embraced all, loved everyone, and found grace and truth in everything.

Under his leadership, not only did YS expand cross culturally and around the world, but new voices were given permission and a platform to share with the world.  The mission of God was put on center stage for us as both youth workers and followers of Jesus.

Recently, many of us read Marko’s last blog.  I have included the link below

The end of YS Marko

It appeared to me that God was preparing Marko for major change.  Perhaps this transition is a good thing.  Maybe not for YS right now or for the hundreds of thousands of youth workers, but for Marko and his family.

I hope Zondervan made a decision based upon God’s leading and not a business decision.  But am not too naive to realize that sometimes tough decisions need to be made for the long-term benefit.  Perhaps visions were not aligning just right.  Perhaps God has something better in store for Marko.  Or perhaps, this is the wrong decision and time shall reveal the fate and consequences.

I choose not to question Zondervan at this time. I choose to pray for Marko, and wish him God’s absolute best.

I hope and pray that another prophet will emerge who will take up the torch and run wildly with abandon.

Marko, we all appreciate what you have meant to us.  Most of us never personally knew you, but we certainly felt like we did.

You kept us going and kept us excited and passionate for youth work. You lead by example, motivation, and inspiration.

May we pass on what you have taught us about grace-living life and loving God-serving students-having a global view- soul searching and spiritual formation-and being ourselves all the while.

Though you never knew me, you believed in me.  Thank you.

We believe in you and will continue to support you wherever God leads.

–appreciative youth workers from around the globe 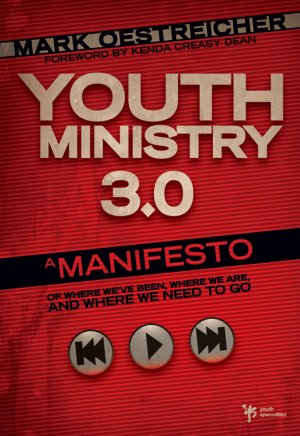 5 thoughts on “The firing of YS Marko”